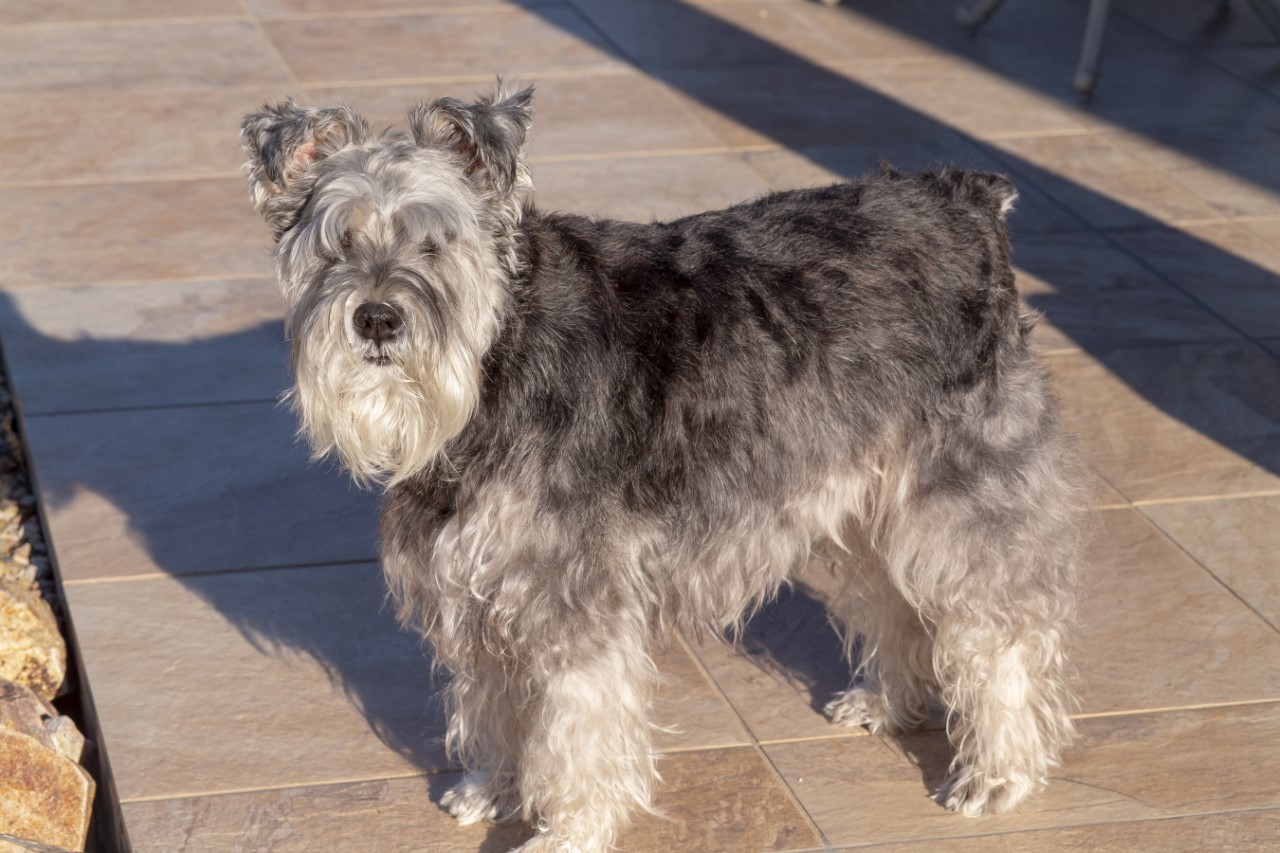 Cosmo in his winter coat

Before discussing Cosmo's diet, let me say that he is doing well. He turned 11 in November 2019 and as of August had no more bladder stones. His hyperlipidemia seems to be under control and the soft stool problem he had for most of 2018 has also abated through the use of daily doses of Tylosin and Metamucil.

I do think that the Pet Diet Designer software has had a significant positive impact on his health. Without it, I would have been stuck with expensive prescription dog foods of dubious value and which Cosmo often refused to eat. With it, I have been able to adjust his diet easily to his specific needs and still make sure it is nutritionally complete. Cosmo has been on the following diet for about a year and still loves it.

As mentioned in the updates to previous posts regarding Cosmo's diet, the recipe for his homemade food has been evolving over the last couple of years to the following as shown in the Balance Screen of Pet Diet Designer software.

On the left side are shown the percentages of recommended allowances for various essential nutrients. Vitamins are shown on the right side. All of these nutrients, with the exception of vitamin K, are above the RA (recommended allowance), but not excessively so. PDD provides safe upper limits for total fat (597%), linoleic acid (582%), EPA+DHA (omega fatty acids, 2545%)), vitamin A (4221%) and vitamin D (588%). None of these ingredients come close to exceeding these safe upper limits. The "radial gauges" next to the RAs show the calcium to phosphate ratio is balanced as are the amounts of the various fatty acid components of the diet. Since vitamin K is produced by gut bacteria, food sources are less important.

Below is the first page of the Nutrient Report from PDD. Note that this report and the balance screen shown above include all of the food Cosmo gets each day include his "soup" and treats.

Some of the important items to note in this report are:

Some other changes in the diet:

Well, that is the current state of Cosmo's diet. I've discussed the other ingredients in previous posts. Don't hesitate to contact me if you have any questions.

raew posted a comment in Safe Upper Limits for Cat Diets
Hi could you clarify if this is based on Recommended Allowance or Minimum Requirements? The text in ...
-14400

sharajc posted a comment in Next Generation Pet Diet Designer
What are the differences in the Home, Home Plus, and Pro Versions??? I can't seem to tell the differ...
-14400